Make cat tracks to Aspen for a backcountry ski adventure.

Sometimes the stars align on ski trips: fresh powder, bluebird skies, and balmy spring temps. When that happens in Aspen, you can count on the whole town turning out for the gondola’s first cars. Unless you have a friend with a helicopter or an indefatigable pair of legs for Highland Bowl, finding untracked terrain quickly becomes as tricky as scoring a patio seat come 4 pm. Of course, Aspen is known for its ways to live large.

“Let’s go mess up some snow,” James “Bob” Perlmutter says to ten of us climbing out of a snowcat on the back side of Aspen Mountain. For more than 30 years, the affable co-manager of the ski resort’s Powder Tours program has guided snowboarders and skiers on daylong adventures. For roughly three days after each snowstorm – a time period based on Bob’s insistence that if they’re taking your money, the skiing better be good – his parties rumble up Richmond Ridge above Silver Queen Gondola to a playground spanning 1,200 acres of meadows, glades, gullies, and mini-bowls. 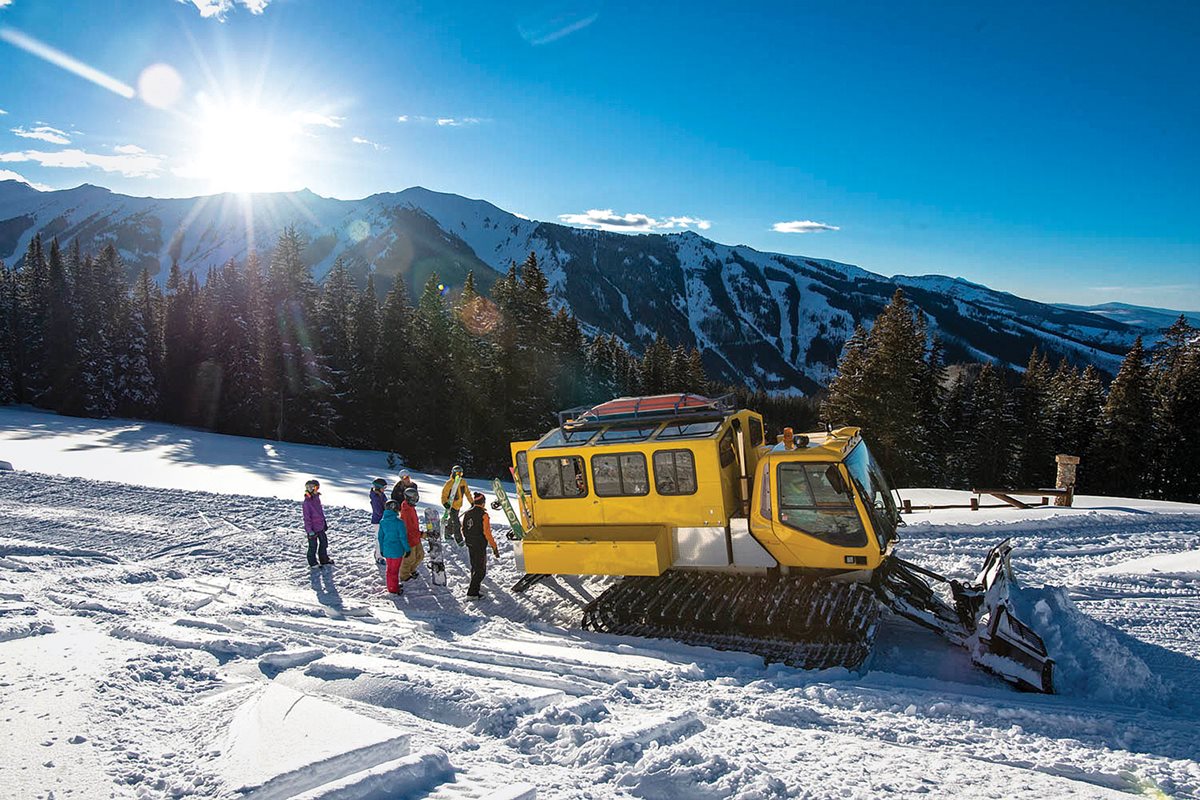 It’s a hot ticket after the inches pile up, but twice a week The Little Nell hotel has exclusive rights to one of the three cats and upgrades the program with chef-prepared snacks, sommelier-picked wines for lunch, and a masseuse. Two hotel employees accompany groups to help look after guests, although, honestly, I’m not too certain about that last bit: As The Nell’s GM and head ski concierge clip in beside us, their smiles are as big as the one on the face of the 13-year-old snowboarder who brought his private instructor along for powder tips.

One by one we peel down the fall line in accordance with Bob’s three rules: Stop where the guides stop, set your turns close to the skier before you to maximize untracked terrain, and, most important, have fun. The last one comes as naturally as the silent float of shin-deep fluff. Before you know it, we turn onto a cat track to find our driver waiting. After the warm-up, runs gradually progress in difficulty, popping through stands of aspen or fir onto rolling faces that never require more than solid intermediate skills.

TIP: “Find secret powder stashes days after a storm in the Timber Doodle Glade on the Tiehack side of Buttermilk Mountain. You can even take a run down the X Games’ superpipe while you’re there.”

“I know just the place,” Bob replies. He plans the next run around a nice four-foot boulder and even packs out the ramp for the group. Then it’s back to the routine: Dial up a playlist and break out the snacks on the ride up, and draw sinewy lines down yet another open expanse.

At 2 pm, after 13 runs of roughly 1,000 vertical feet each, we call it a day and pull up to the wilderness lunch cabin that looks out on the Elk Range. The door opens to ravioli, a tureen of cauliflower soup, salads, and plates of fruits, cheeses, and charcuterie. Champagne corks pop, the wine flows, and the chair masseuse awaits any takers. We cap off the meal with espresso and fresh Rice Krispies treats, then pile in for the ride back to the resort, where the group splits up according to favored runs back to town.

Spar Gulch, around Kleenex Corner, and over Niagara to Ajax Tavern at the gondola’s base proves a reality dose of tightly carved edges, slow signs, yielding, and bumps. It’s a bit before 4, but the après scene is already three deep at the bar. Powder dilemma: solved. Next season I’ll work on the patio seats. 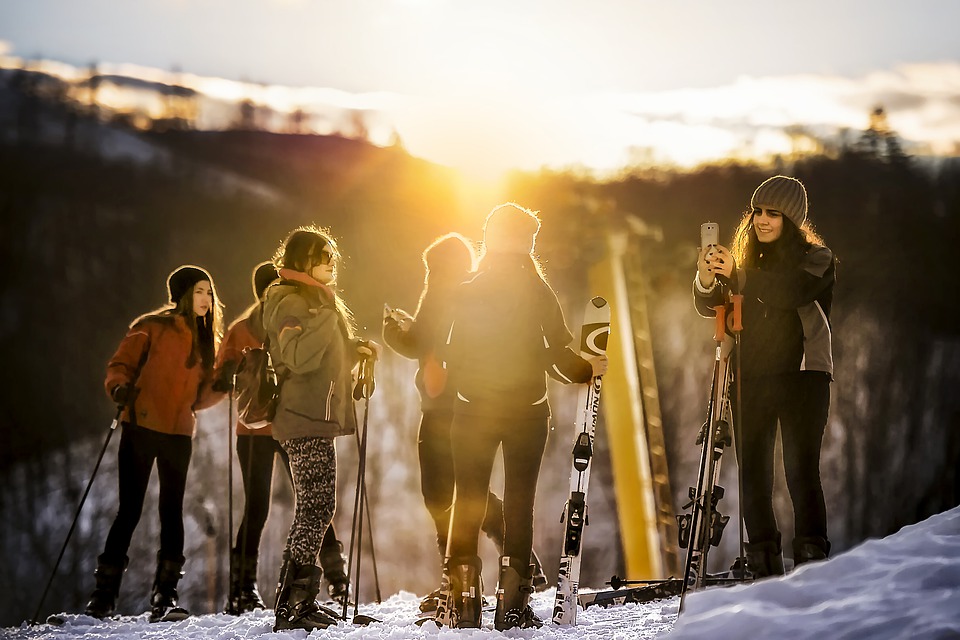 Live it up in Aspen: Our key to fresh powder and hot nights.

Alpine Adventures’ ski trips range from backcountry heli-skiing to a week at resorts around the world. An example for Aspen: seven nights in a condo with two days of Aspen Mountain Powder Tours’ cat skiing, three-day lift tickets, rental equipment delivered to your door, and complimentary on-call transportation.

Aspen’s only ski-in/ski-out hotel, the 92-room Little Nell stands adjacent to Silver Queen Gondola and claims the town’s premier après-ski patio. This season, it will run snowcat powder tours for guests on Wednesdays and Fridays.

Soothe ski legs with only-in-Colorado treatments such as a CBD hemp oil massage at the 179-room St. Regis Aspen Resort’s Remède Spa, then refuel at Chefs Club, which serves a rotating menu of dishes from top chefs such as Eric Ripert and Daniel Boulud.

The historic 93-room Hotel Jerome has served as Aspen’s Main Street address since 1889. A whiskey beneath J-Bar’s pressed-tin ceiling is a requisite part of any stay in town.

We Would Love To Hear From You.

Back to Article Guide
Exchange advice, tips and experiences. Feel free to share. Send by clickiing this button.